Workshop to understand the effects of radiation on robotic systems

Robotic systems could radically improve safety and efficiency in the nuclear industry, however, robots are not immune to damage from radiation. A thorough understanding of what causes this damage, and how to counter it, can drastically improve how we design robots to work in this hazardous environment. Last week, Steve Walters and Steve Watts put together a workshop that gave participants a background in why radiation can be a problem, how to counter the effects of radiation, and how to calculate the damage that may be caused. 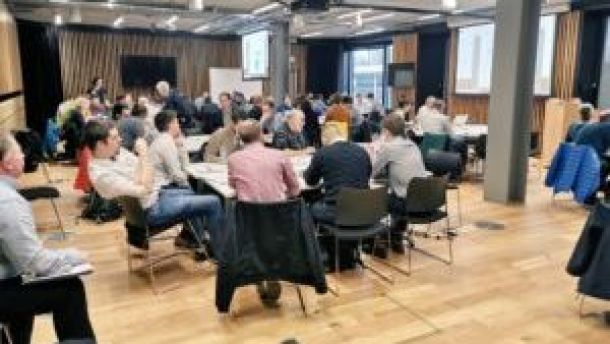 Steve Walters has spent his 40-year career investigating the chemical and physical effects of the interactions of radiation and matter. Formerly the manager of the radiation chemistry department at Harwell, Steve has extensively studied radiation effects on spacecraft and similar remote, complex engineered systems. Over the past several years Steve has developed the systematic assessment of robotic systems for irradiated environments with work on systems for Sellafield and Fukushima, and new robotic systems currently under development. He is currently a key technical advisor on radiation effects at the NNL.

Steve Watts is Professor of Experimental Particle Physics at The University of Manchester. He has worked on the development of silicon detectors for tracking in particle physics at the Stanford Linear Accelerator Center and at CERN, the European Laboratory for Particle Physics. A key aspect of the work has been understanding the physics and technical challenges associated with operating devices in highly damaging radiation environments. He has worked on radiation testing of charge coupled devices for various space missions. These include, the ESA XMM mission, and NASA’s Cassini and Juno missions to Saturn and Jupiter respectively.

Combined, the Steve’s, are a wealth of expertise and perfectly placed to run a workshop on the effects of radiation on robotic systems. The day began with an overview of what radiation is, and why it can damage robotic systems. Damage to semiconductor systems, organic components and metallic materials were considered. The afternoon was structured around practical sessions where delegates performed their own calculations. Understanding the damage radiation can cause, how to defend against it, or design to manage the damage, will improve the uptake of robotic systems in the nuclear industry. 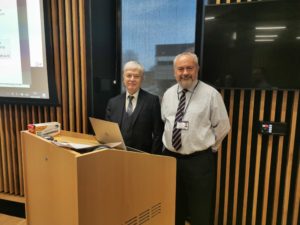 The knowledge Steve Watts and Steve Walters brings to the RAIN Hub is invaluable, and this was a great opportunity to share that with the wider community. The workshop was fully subscribed. We may put something similar on in the future, so keep your eye on our newsletter if you would be interested in attending.