The AVEXIS™ is a small underwater vehicle that been designed to survey and monitor hazardous environments, ensuring a more efficient decommissioning process and protecting human workers from harm.

The AVEXIS™ was originally developed for the Sellafield nuclear decommissioning site, in particular surveying the legacy ponds and silos, and has been involved in many collaborations;

The AVEXIS™ is currently being kitted out with radiological sensors, developing improved control systems, combining with multiple robotic platforms for multi-agent inspection, whilst we also continue to work on complimentary technology such as underwater positioning systems, underwater visual 3D reconstruction and more. 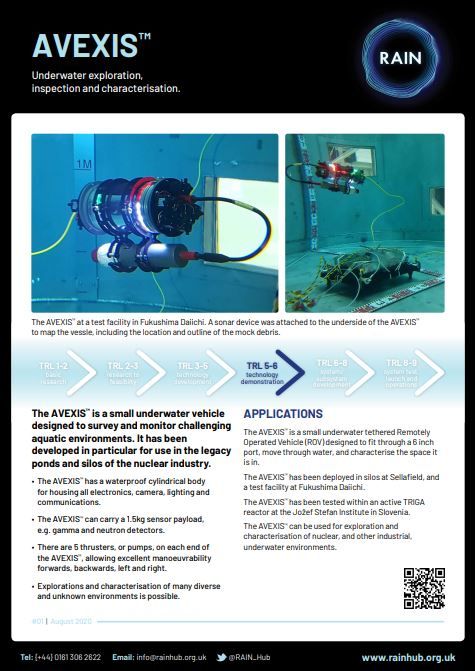