On a classically grey Manchester day we collaborated with the HOME Offshore project to hold a workshop on “Autonomous robot asset inspection in the energy industry”. 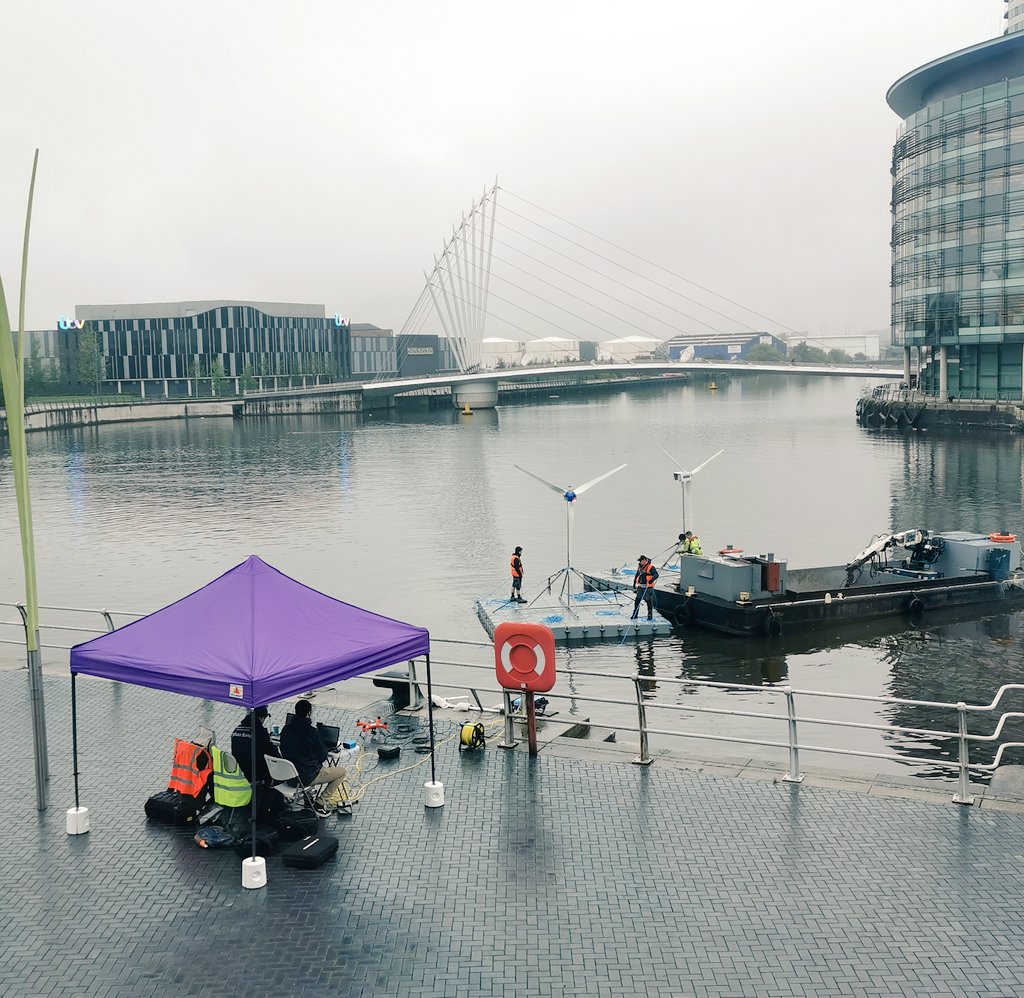 The Holistic Operation and Maintenance for Energy from Offshore Wind Farms (HOME Offshore) project is an EPSRC funded research project investigating the use of advanced sensing, robotics, virtual reality models, and artificial intelligence to reduce maintenance cost and effort to offshore windfarms. A collaboration between 5 UK universities, HOME Offshore is developing predictive and diagnostic techniques that will allow problems to be identified early on. Robotics and advanced sensors can minimise the need to human intervention in hazardous offshore environments.

Being a hazardous environment, robotics for the offshore energy industry shares many challenges with nuclear robotics. We combined efforts to organise a demonstration event at Salford Quays, Manchester. Salford Quays was chosen because the primary demonstration of the day was an inspection of mock wind turbines in the water, using Unmanned Aerial Vehicles (UAVs) and submersibles to assess the turbines as well as the “subsea” structure. 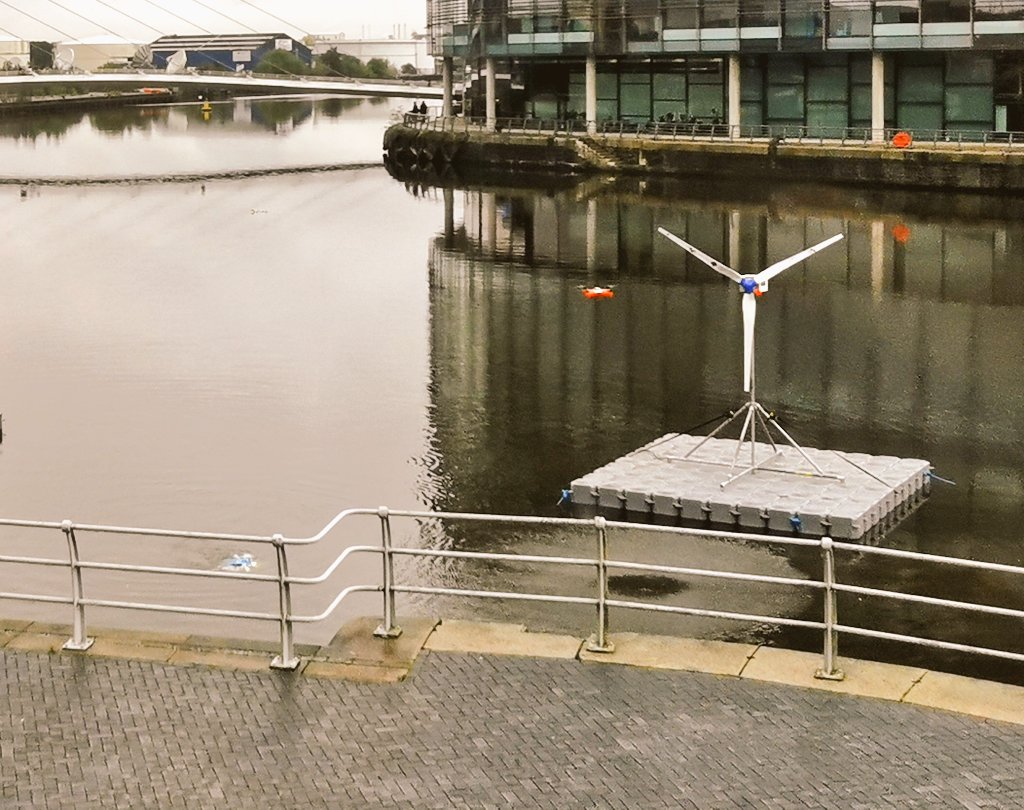 Researchers from the HOME Offshore project kicked off the day with a range of interactive demonstrations. Firstly, using Virtual Reality (VR) for training. For this activity you were stood on a virtual boat in the sea, flying a UAV around a wind turbine in the distance. You were tasked with photographing as much of the turbine as you could within 2 minutes. Although a simple task, it is quite challenging but could offer an efficient and cost effective training solution for future UAV operators. The VR could also be linked with real UAV’s, allowing you to control them from a distance in an augmented environment. Delegates could put this training to use, flying UAV’s to inspect wind turbines projected onto the wall in the room. The final interactive demonstrations were based around an Augmented Reality (AR) model of a turbine blade. Using a tablet device, you could navigate around a turbine blade that had a variety of faults on it. There was a running total in the corner of the screen as the longer you took to do this, the more money you cost the company. Once the survey was complete the software gave a report and support to decide how to manage the risk of each identified problem. 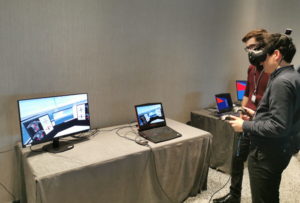 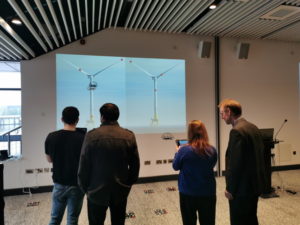 Talks by the Crown Estates and Siemens Gamesa set the scene for the potential uses, limitations, and impact of innovative technologies on the offshore wind industry. There are clear differences between a growing, renewable energy sector versus one with a large legacy and hazardous materials. However, training in VR, autonomous inspections, AR results and AI assisted decision making could all play a role in the future of the nuclear industry. As could multiple platforms working together to offer the full picture of an environment, and how to then maintain it. Achieving energy security from clean sources will rely on a mixture of renewables and nuclear, and the robotic and AI technology used to inspect and maintain these will be fundamental to making it safer, cheaper and more efficient. 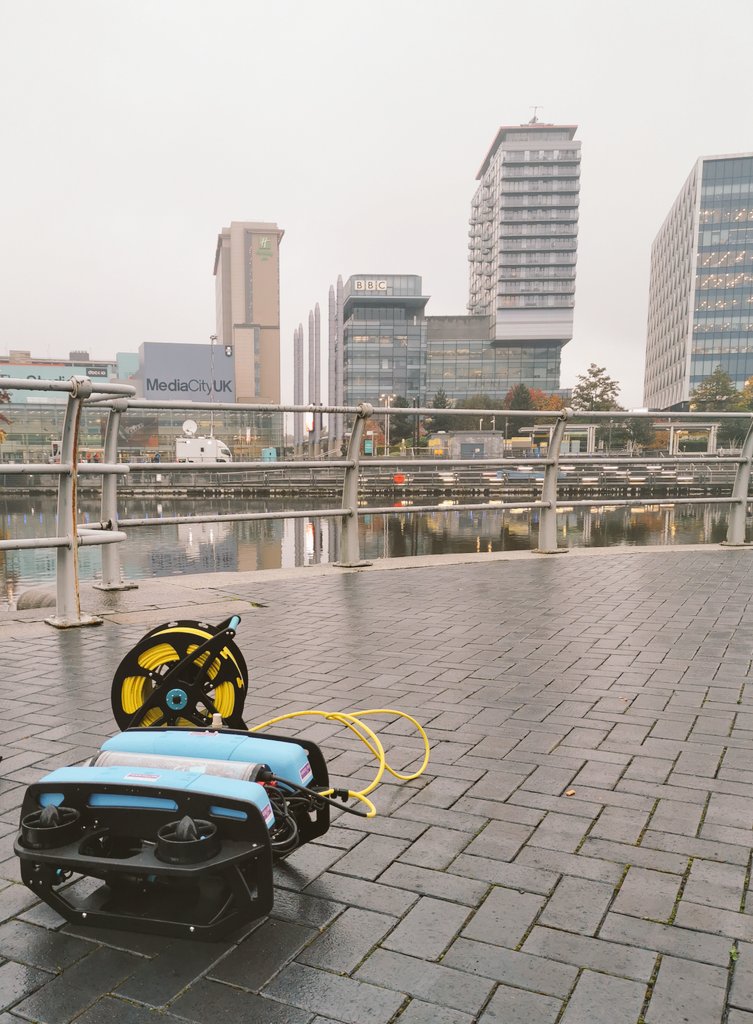